U21 Vietnam competes in ASIAD 2022: When the U23 force is not reputable enough

According to the latest announcement by Mr. Tran Quoc Tuan, who temporarily holds the position of acting president of the Vietnam Football Federation in place of Mr. Le Khanh Hai, U21 Vietnam will be the force to participate in the 2022 Southeast Asian U23 Finals and ASIAD 2022. , the 1999-2001 generation of players is not reputable enough to be able to “take” the whole ASIAD this year.

In 2022, in theory, the U23 players will be able to attend up to 4 consecutive tournaments. Those are the 2022 Southeast Asian U23 Championship (February), the 2021 SEA Games (May), the 2022 AFC U23 Championship (June) and the 2022 ASIAD (September). However, according to the latest announcement of Mr. Tran Quoc Tuan, acting president of the Vietnam Football Federation, the 4 tournaments mentioned above will be divided equally between 2 levels of the team including U21 and U23 Vietnam .

Specifically, according to Mr. Tran Quoc Tuan, the Executive Board of VFF suggested that the VFF Annual General Meeting together with the Ministry of Culture, Sports and Tourism, the General Department of Sports and Sports and agencies, departments and sectors consider sending the Vietnam U21 team to participate in the Southeast U23 tournament. Asia and ASIAD 19, while U23 Vietnam participates in SEA Games 31 and the final round of U23 Asia 2022. In fact, this information has been leaked before, through the expected report of the V.League’s activities. 2022. In particular, the tournament will take place normally in September, when the Vietnam U21 force is expected to be the core of the ASIAD 2022 competition instead of the U23 Vietnam team . 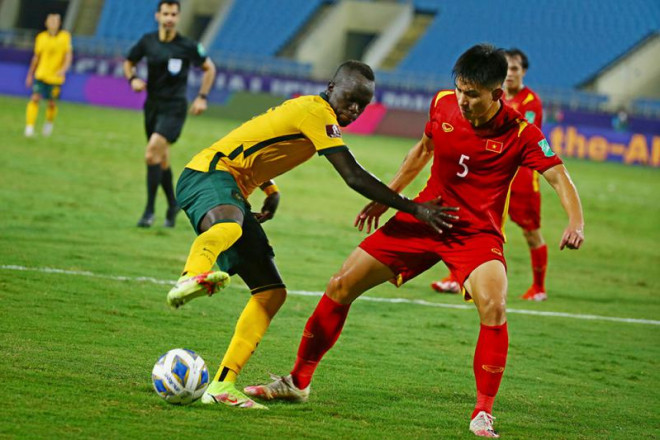 Vietnam U23 players are in a situation “on the anvil, under the hammer”.

Explaining this, VFF said that dividing 2 teams into 4 tournaments is to synchronize key goals, help players accumulate top-notch experience, thereby creating development. evenly among players in order to have the best screening for future teams. According to VFF, this is a way to prepare for the long-term goal of winning the right to participate in the 2026 World Cup final. VFF also aims to invest carefully and methodically for many generations of players from U17, U21 to U23.

U17 Vietnam will train in Germany, play friendly matches with the youth teams of the top 6 clubs in the German national championship (Bundesliga) such as Borussia Dortmund, Borussia Monchengladbach, Eintracht Frankfurt. “We hope to maintain annual training trips so that players can have early exposure to the world-class professional football environment, creating conditions for them to develop,” said Mr. Tran Quoc Tuan. In addition, the Vietnam U19 team will also be carefully selected to be present in the Asian finals, based on the performance of players in domestic tournaments, such as the championship. U19 and U21 countries. In particular, it was from the national U21 tournament that just ended in early December that many young talents were selected to join the U21 Vietnam team to prepare for the upcoming Southeast Asian U.23 tournament.

Is the current U23 Vietnam class being left out?

Mr. Tran Quoc Tuan said: “The 2026 World Cup is the mission and destination of football in Vietnam and many countries, when the number of teams participating in the final round is expanded from 32 to 48. Therefore, the plans of the VFF prepares for U17, U19, U21 teams that are closely related to each other to create a successor force for the national team. A breakthrough investment is required to create sustainability for Vietnamese football. “.

However, with the division of 4 prizes for 2 teams, U21 and U23 Vietnam, many experts believe that the current U23 Vietnamese force is not maintaining enough credibility to be able to fight in tournaments from regions to continents. 4 years ago, the generation of Quang Hai, Cong Phuong and Tuan Anh with the combination of 1995-1997 and 1997-1999 generations competed from the 2018 Asian U23 Championship, 2018 ASIAD and then participated in the national team level as AFF Cup 2018 and Asian Cup 2019. Next, the 1997-1999 generation with the leader Quang Hai also competed in the 2019 SEA Games. However, the next generation 1999-2001 does not seem to be so reliable.

Until now, although Coach Park Hang-seo has called many representatives of this group of players to the Vietnamese national team. But so far, only Thanh Binh has played two matches in the third qualifying round of the World Cup, in the matches between Vietnam and Australia and China. And Van Xuan also only got to kick the last 10 minutes in the AFF Cup, before Vietnam stopped in the semi-finals. In the whole AFF Cup, except for Van Xuan, not a single Vietnamese U23 player was given the opportunity. Ly Cong Hoang Anh, the name was added instead of Hung Dung, although he immediately joined the Vietnamese team, Mr. Park did not use it in Singapore at all.

When the current U23 age group’s chances on the Vietnamese national team are very low, the fact that they can play in the tournament at the right age is also sharing it with the U21 generation behind them. Because the U23 players with the 1999-2001 age group will only be able to play at the 2021 SEA Games and the 2022 AFC U23 Championship. And two other tournaments, the Southeast Asian U23 and the 2022 ASIAD will belong to U21 Vietnam, the future generation will be less. face competition with the current generation of golden players on the national team.

Anyway, from a positive perspective, Vietnam U23 players will be able to hope to play in the V.League when this tournament will take place parallel to ASIAD 2022 in September. The tournament returns to the reels. Turning 26 rounds as usual will be the basis for clubs to boldly create more conditions for young players. In particular, the current U23 force will be interested and given more opportunities than in the past two urgent years.

Montana sees preseason predictions as opportunity to move up